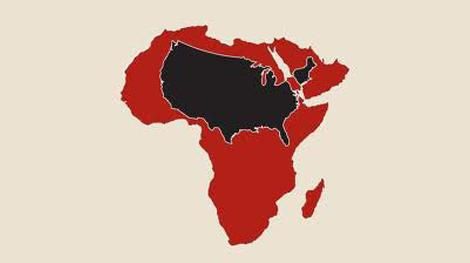 There is one thing that most Americans do not know or seem to not understand. Something that leads them look down on Africa and see us as backward people who are incapable of taking care of ourselves. That truth which has been hidden from them because American leaders want to avoid by all cost a discussion on reparation is the fact that: FOR AMERICA TO BE WHAT IT IS TODAY, AFRICA HAD TO BECOME WHAT IT IS TODAY. The construction of America wouldn’t have been possible without the millions of people who were stolen from their motherland and who for hundreds of years have worked for free to develop the American industries which have allowed the wealthy class of this country to conquer the world with its good and services which they needed not to pay the most expensive input for: labor.

The slave trade has destroyed the structures of our continent in a way that people who were supposed to play a particular role within their communities were taken away. African healers, scholars, warriors, artists, farmers and even kings were taken away. As a result, the Great African continent that was capable of providing food aid to Europe in the 1500s when the later was ravaged by the bubonic plague became a weak and vulnerable continent which Europeans were able to attack and colonize in the late 1800s; something that  they would have never try few centuries back.

Today, we have an American government which pride itself about sparing less that 0.3% of its budget to help Africa. Please, don’t fool us with that dirty word: AID. By pretending to give us that so called AID, the American lawmakers are avoiding the big debate on reparation because that is what it is supposed to be. Africa should get reparation from America because our poverty is the direct result of the conquest of the Americas.  Some people always claim that there’s no way they can pay us back what they took from us but we need to understand that reparation is not a pay back; it is a compensation which doesn’t necessary needs to be monetary. And that compensation starts by stopping to impose puppet and oppressive regimes onto us that give away our resources to the Multinational Corporations while we are left with nothing. We do not need America to give us money because our wealth can buy the whole America. We need Americans to have the real version of the story they are being told about Africa and to understand that their country is not a democracy because their leaders are not elected by them but by these very rich people, the top 1% who finance their campaigns to influence the people’s votes and once elected, these leaders mainly serve the interest of that 1% which has been destroying our continent for ages and has been pretending to help us with useless nonsensical humanitarian programs.

The Millennium Development Program is a pure joke and the only people who finds it as an opportunity to be Hero are American college students who have been told lies ever since they were kids about the causes of poverty and who think foolishly that distributing free mosquito nets will end malaria or giving away their old clothes and books will help educate Africans.